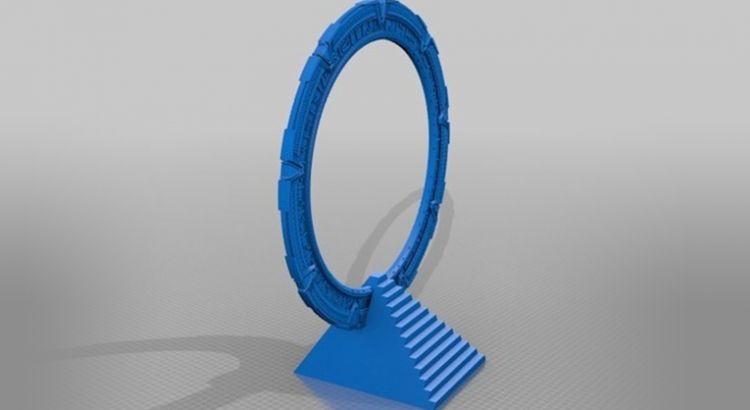 Released in January 2013. It works to a point that you won’t get a stable wormhole; but that’s only because no one has printed one on another planet yet…

There are thirty one separate files which make up the model. Although some are optional depending on what you want the final model to look like. For instance the chevron can be printed in one piece or several pieces in a mix of transparent and opaque plastics. The pieces were made to fit the Makerbot Cupcake build platform (100x100mm). 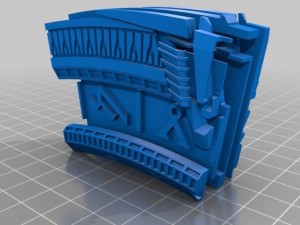 The inner ring has a geared edge hidden under the outer edge of the Stargate. 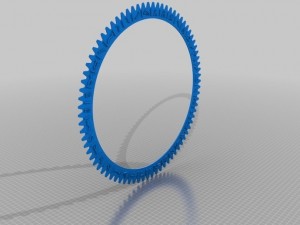 Once all the pieces have been glued together, and LED’s fitted if required, the ring can be rotated from a gap in the base of the Stargate. 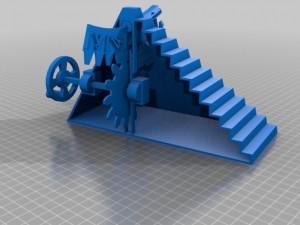 In December 2014 Thingiverse user Carasibana altered the base to support a stepper motor and Arduino. She also combined the model pieces to print on larger build platforms.

I am very pleased the model worked, having not being able to test it myself at the time. And a thank you to Carasibana for her work with the Arduino.