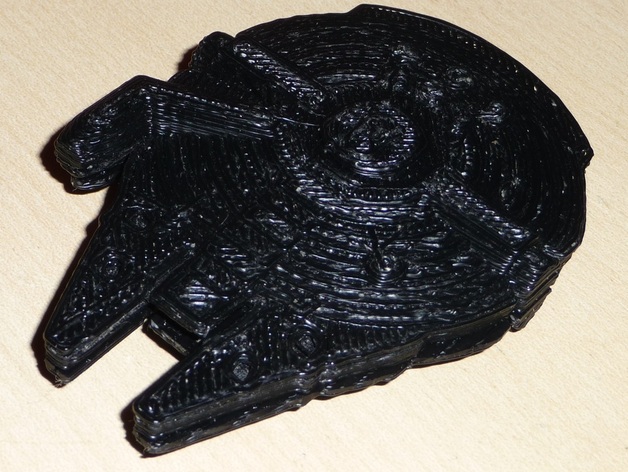 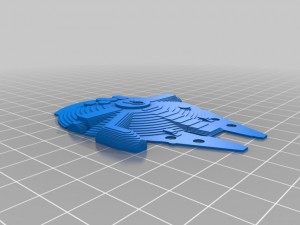 Released in February 2011. The Millennium Falcon was printed on a Makerbot Cupcake.

Although some could get really good prints from the cupcake’s, I couldn’t. The model was designed with stepped slopes to aid with slicing the gcode data.

The model was split into three pieces to print the front and rear overhangs.

An addition was added in the form of a hollow middle to aid in gluing together in response to user feedback.

The model was featured on Thingiverse. 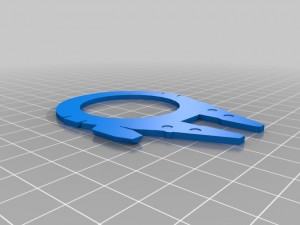 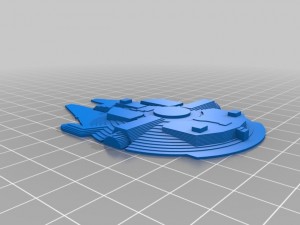